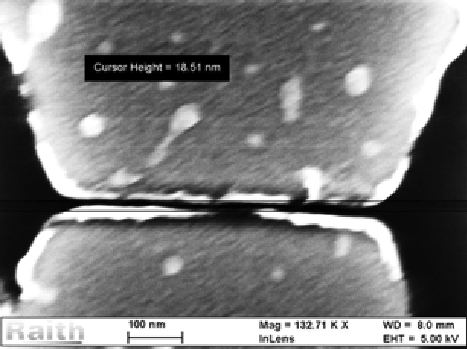 The WP2 pertains to the fabrication of electrodes that are suitable to contact single magnetic molecules or GNRs in order to apply currents to them. The method we choose here is a combination of electron beam lithography and the so-called electromigration (or electronburning). After defining a pair of electrodes that are connected by means of lithography, a current can be applied. By introducing a constriction the current density can be maximized where the constriction is located. Increasing the current enables one to move atoms at that position and thereby to narrow the constriction until eventually a gap of a few nanometers forms. Electroburning was applied to metal and graphene-based electrodes. 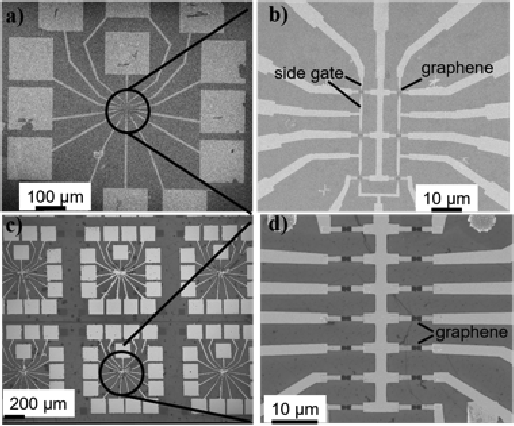 Joint activities between CNR-NANO, CNRS and JGU have been focused on fabrication methods to realize different type of electrodes suitable to contact organometallic molecules and graphene nanoribbons have been extensively tested as described in the white book (D2.2). 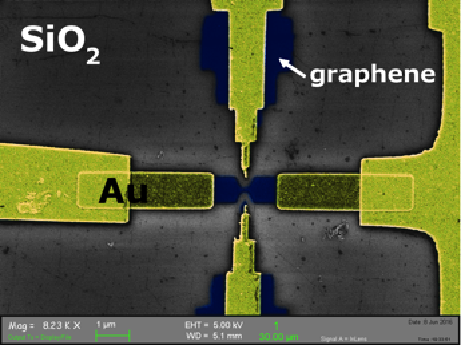 (Image below left) Electromigration cycles of a nanofabricated Au nanocontact. In a computer – controlled process the voltage is increased until the I(V) curve changes its slope. Then the voltage is reduced and the process is repeated. The red dotted line is a curve of constant power when the contact is thinned. (Courtesy of R. Hoffmann) Refs. 9 and 10. (Image below right) Electromigrated nano-junction in Au covered by approximately a monolayer of graphene nanoribbons.